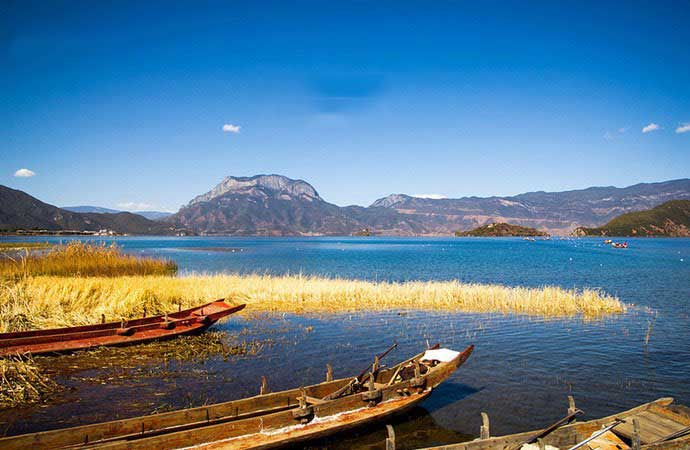 1. A brief introduction to Shangri-La

Shangri-La City is one of the municipalities under the Diqing Tibetan Autonomous Prefecture. The city is located in the northwest of Yunnan Province. It is the intersection of Yunnan, Sichuan and Tibet provinces and is also the hinterland of the "Three Rivers Concurrent" Scenic area. There are 6 communities and 58 administrative villages.

In 2011, the total population of Shangri-La City at the end of the year was 17,4585. The population density was 10 persons/km2, making it the largest in Yunnan Province. One of the cities with the lowest population density. In 2011, Shangri-La achieved a county-level GDP of 359.8 million yuan, and the added value of the municipal primary, secondary, and tertiary industries accounted for 9.4:38.3:52.3 of the county's total output value.

Shangri-La has a long history and culture and beautiful natural scenery. It has attractions such as Pudacuo National Park, Dukezong Ancient City, Gedansong Temple, and Tiger Leaping Gorge.

2. Some attractions, accommodations and food recommendations for Shangri-La travel

Haba Snow Mountain Nature Reserve is located in the southeast of Shangri-La County, 130 kilometers from the county seat, with a total area of 21,908 hectares. It is a provincial protected area and was established in 1982. The main peak is 5,396 meters above sea level. The lowest point of elevation is Jiangbian administrative village, only 1,550 meters, and the altitude difference is 3,896 meters.

More than 4,000 meters above the entire protected area is a steep cliff and high-altitude rocky beach. The landforms are arranged in steps, followed by subtropical, temperate, cold temperate, frigid and other climatic zones. The temperature difference from the foot of the mountain to the top of the mountain is 22.8 °C. The protected area is a cold temperate coniferous forest type nature reserve established to protect the vertical distribution of Alpine forests and the wildlife that inhabits it.

Pudacuo is the first national park in China and is located 22 kilometers east of Shangri-La County, Diqing Tibetan Autonomous Prefecture in Yunnan Province. The Tibetan language "Pudacuo" means that God helps to reach the other side of the lake by boat. The water quality and air quality of the Pudacuo National Park meet the National class I standards.

Pudatso is now mainly composed of Bitahai and Dudu Lake. It is between 3,500 meters and 4,159 meters above sea level and is an important part of the "Sanjiang Concurrent" scenic spot. The park has geological features, lakes and wetlands, forest meadows, river valleys, rare animals and plants, and the original ecological environment is well preserved.

Meili Snow Mountain, also known as the Snow Mountain Prince, is located between the Nujiang River and the Lancang River in the middle section of the Hengduan Mountains, about 10 kilometers northeast of Deqin County, Yunnan Province. It is located in the world-famous Jinsha River, Lancang River, and Nujiang River "Sanjiang River Concurrent" area, North of Tibet Adoni Mountain, South and Biro Snow Mountain. There are 13 peaks above an average altitude of 6,000 meters, which is called the "Prince 13 Peak". The main peak, Qiawagebofeng, is as high as 6740 meters above sea level and is the highest peak in Yunnan. Meili Snow Mountain In the 1930s, American scholars praised Kagerbok as "the most beautiful mountain in the world."

Butter tea is a necessary drink for Tibetan guests, and it is mostly eaten as a staple food together with quail. Brick tea contains more tannic acid, stimulates gastrointestinal peristalsis to speed up digestion, drinking alone is very easy to hunger, must add ghee or milk, ghee tea because it has extremely high heat, can eliminate the cold to supplement the heat needed by the human body, is Shangri-La region The best drink.

Yogurt is a kind of dairy product unique to Tibetan families in Shangri-La area. Made with milk refined from ghee, it has a rich nutritional price, which helps digestion and quenches thirst. It is best for the elderly and children. It is said that if you keep eating yogurt throughout your life, you will have the effect of prolonging your life.

The barley wine made from barley is one of the main drinks for guests in the Tibetan area. When you enter the Tibetan family, they always use barley wine to welcome you. The brewing of barley wine has a history of thousands of years. With barley as the raw material, the plateau climate with high temperature and high oxygen content is used as the brewing environment. It is made of snow-capped mountain holy water and non-polluted natural mineral water. The wine is clear and the taste is long. It is also a typical representative of Western culture.

3. Essentials for a trip to Shangri-La

Inflatable pillows are essential during flight, and the absence of a pillow during a long flight can cause irreparable damage to your neck and feet, so inflatable neck pillow and inflatable foot rest pillow are essential. If you want to have high quality travel efficiency during the travelling day, you need high quality’s sleep. The eye mask is a very useful thing. And short trips do not require much, you can be bottled into a travel bag.